Note: This is a repost of the same article on LinkedIn.
The 2017 Consumer Electronics Showcase has just concluded in Las Vegas, Nevada and drones are front and center in the national discussion. Drones, UAVs and other unmanned systems have taken off as a unique tool for everyday life, regardless of whether flight is controlled by onboard computers or remotely from the ground. Unmanned systems have revolutionized the way we capture, monitor and assist our world. They provide aerial coverage for sports, travel and real estate; enhance search and rescue, law enforcement and disaster relief; and so much more.

DJI, Yuneec, and Qualcomm are just a few of the companies that showcased drone and UAV technologies at the Showcase. After hearing from over 42 companies during the CES, here are my 5 bold predictions for the future of drones.

1. Drones Will Be Automated

Today, drones are controlled by human operators. The new FAA regulations lay out a set of guidelines that every operator must abide by when flying their UAVs in US Airspace. The drones of tomorrow, however, may not require human operators at all. Startups and government agencies alike are researching technologies in areas of predictive and prescriptive analytics, allowing drones to analyze flight plans, detect and avoid obstacles, and communicate with one another, all in real time.

Silicon Valley Startup, DroneDeploy, and EU Startup, UAVIA, are just a few companies leading the developments in automated data collection and remote operation in the next generation of drones. DroneDeploy has developed a SAAS platform that allows users to automate data collection by allowing users to capture and analyze maps and 3D Models. UAVIA is developing connected drones and charging stations that remove the need for human operators. 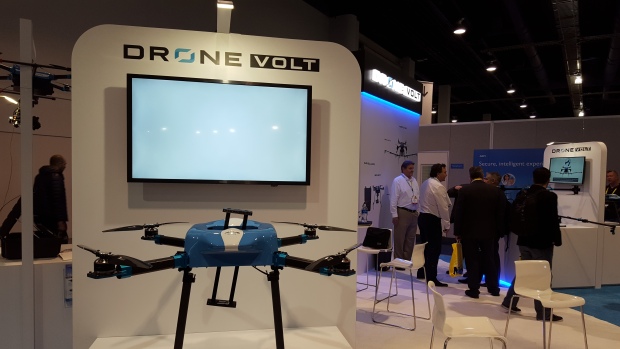 With live-streaming videos and 10-second moments taking center stage,  we are entering an era where people can see the world in real-time, immerse themselves in another reality, and connect with one another like never before.

Drones connect us even further by providing a perspective that’s been unimaginable for centuries. Combining virtual and augmented reality systems with drone technologies present itself with a world of new possibilities. 360 cameras can be attached to drones and allow viewers to transport themselves to almost any location on the planet. More advanced systems can allow operators to control these drones in real time from across the world.

Startups like Drone Volt and Aerobo are pioneering this fusion of technology. Drone Volt specializes in the manufacturing, assembly, distribution and sales of advanced drones for professional usage, from audiovisual applications to security. They currently have a drone with ten, 4k cameras geared towards producing VR content. Aerobo is a drones-as-a-service company operating in entertainment, news, sports, real estate, industrial inspection, energy, and agriculture. The Aerobo Mini, their latest product, is a lightweight drone constructed with 3D printed plastic, reinforced with carbon fiber.

3. Drones Will Be The New Development Platform

The Smartphone fundamentally changed the way we communicate, navigate, shop, and more within the past decade. Drones are simply smartphones in the sky. They’re a set of processors and sensors with wings, set to disrupt numerous industries, including logistics, agriculture, and insurance. Google and Apple have developed ingeniously simple ways for developers to build on top of their platforms. Similarly, DJI is moving towards providing developers with the tools and resources needed to build on top of their platforms.
Numerous startups have taken advantage of drones as the new development platform, including FreeSkies and Airware. FreeSkies has developed an autonomous path planning interface that allows users to select 3D waypoints and automate their flightplans without any piloting experience. Airware has developed a platform for developers and enterprises to build applications from the sky.

4. Drones Will Fly in Swarms

Swarming technology is a form of artificial intelligence that will enable drones to imitate the flight patterns of certain insects. It could enable thousands of drones, working together, to achieve impossible tasks with current technology. They can assist in search and rescue missions, construct bridges in a matter of days, or even deliver goods to your doorstep. Advancements in artificial intelligence and cloud robotics will help lead the evolution of drones, where drones not only communicate with operators, but with one another.

The US Navy has initiated a Low-Cost UAV Swarming Technology (LOCUST) program to allow a single operator to control a swarm of up to 30 drones. The GRASP Laboratory at the University of Pennsylvania is researching drones that can sense and avoid one another and carry out tasks as a single unit. The CSAIL Laboratory at MIT is developing algorithms that can assist in drone navigation, surveillance, and mapping.

5. Drones Will Connect Our World

From advancing cellular technology to providing internet to remote areas, drone technology is connecting our world more than ever. Cellular companies are researching ways to extend cellular networks to the last gray areas on our map, while Facebook is developing a drone that can provide internet access to the furthest reaches of our planet. Facebook’s Internet.org is developing the Aquila drone using laser communications and millimeter wave systems to provide Internet coverage to areas of the world under-served by traditional connectivity infrastructure.

I envision a future where drones are a major component of the IoT, a world where everything is connected, from your car to your home to the drones in the sky. Realizing this future will require deep collaboration between government institutions, corporations, and startups worldwide.

No Data
Scroll Up